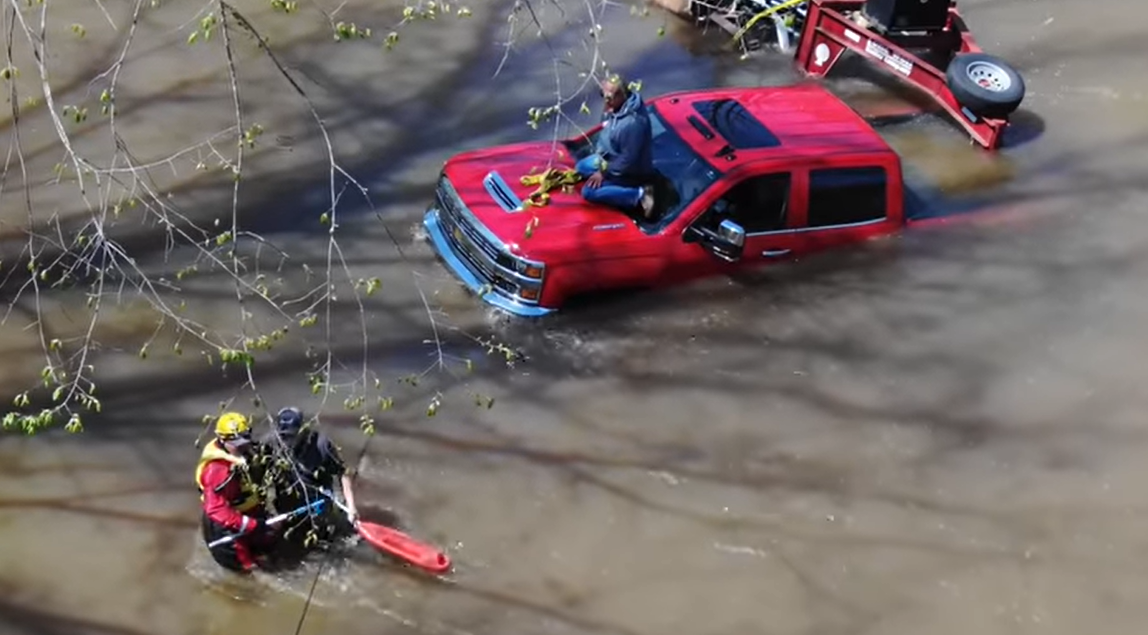 COURTLAND, Ala. (WHNT) — Two men in Lawrence County had to be rescued Thursday after their vehicle was swept away by flood waters.

According to the Lawrence County Sheriff’s Office, deputies received a call that two people were stranded on top of their truck after it was swept off the road due to rising flood waters on County Road 593, just south of Courtland.

Deputies, along with volunteer firefighters and members of the Morgan County Rescue Squad, were called in for a water rescue.

The truck was stabilized with a tow line and the men were able to get to safety. The truck was later removed from the water by a towing company.

Lawrence County Sheriff Max Sanders said “turn around, don’t drown” is always the best policy when facing a road covered in moving water. Sanders stated it doesn’t take much to flood a roadway, but thanked the responding agencies for a “team effort.”

Full video of the water rescue can be found on the Lawrence County Sheriff’s Office Facebook page.