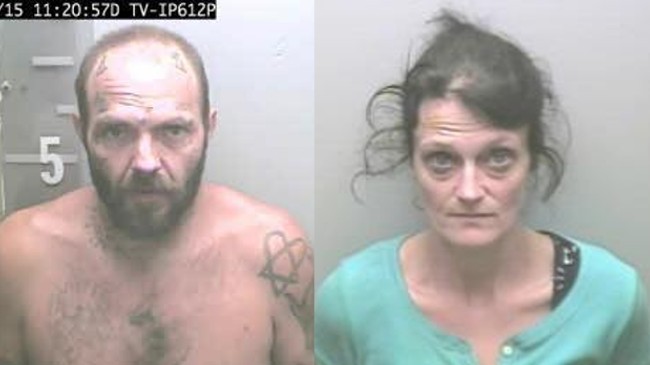 Authorities say it happened just after midnight when deputies saw a small gray car driving wildly on Horton Nixon Chapel Road. Deputies tried to pull the car over and that’s when the person driving sped off. According to law enforcement, speeds reached over 90 miles per hour.

After a short chase, authorities say the car lost control and crashed through a metal gate on Bethlehem Road in Douglas.

MCSO deputies said two people were taken into custody after a 9mm handgun, a sawed-off shotgun and an “undetermined” amount of methamphetamine were found.

Duston Avery Hill of Blountsville and Kristy Irene Wilkerson of Boaz were booked into the Marshall County Jail without bond.

The Douglas Police Department assisted in the arrest, along with Marshall County’s newest, K9 Puma.